Big Changes in the World of Gaming Apps — and OSM is a Part of it! 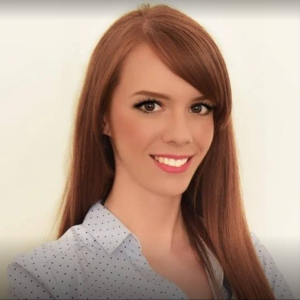 In the past year, we’ve witnessed tremendous growth in the gaming industry, measured in billions. Yes, you read that right, billions of dollars in revenue. Consequently, the popularity of gaming apps provided a vast opportunity for developers, designers, marketers, and others.

If you keep pace with the trends, recognize market needs, and ways to give back to the community, you will surely benefit more than you initially thought.

Keen on finding out more? We will share some insights on our most recent project and why it made such a success even in the pre-launch phase.

When Everything Stopped, the Mobile Game Industry Went Full Speed Ahead

What’s your first thought when you think of 2020? We bet it’s the pandemic. Humanity faced an unexpected dark time, many industries were forced to shift their business focus, and many famous companies even filed for bankruptcy. However, that was not the case with the mobile gaming industry.

Many people chose to escape reality during the quarantine by playing games on their phones. Why gaming apps? Gaming apps don’t require any expensive equipment to have fun. You can lay on your couch and browse through the App Store to find the game(s) that will help you to get through difficult times.

To illustrate how huge the above-mentioned mobile app growth was, let’s check some stats.

We Did the Math, and the Numbers Don’t Lie

Let’s get straight to the point and see the revenue statistics:

In 2020, the mobile gaming industry generated over 77.2 billion U.S. dollars in revenue, making it one of the highest performing industries last year. If you think that the numbers won’t be that remarkable by the end of 2021, check out the following stats:

What about those annoying ads that you see every time you start enjoying your favorite game?

The controversial 2020 was very profitable for mobile game advertisers, as they experienced a revenue increase of 9%.

When it comes to mobile game creative trends, puzzle games were the biggest winner in 2020.

All in all, 2020 was a golden age for everyone involved in mobile gaming. However, one type of game benefited not just from the quarantine but also from Netflix’s TV series. Yes, you guessed right, we’re talking about ‘The Queen’s Gambit’ and its influence on chess game apps.

You’ve probably already read that Netflix’s ‘The Queen’s Gambit’, a series about an orphaned girl who becomes a chess master, had a huge impact on basically everything related to chess — from the increased demand for chess sets to the sudden interest in chess online tutoring.

In 2021, the show’s influence has moved from retail to the growth of chess-related online content.

Chess.com, a go-to place for all chess enthusiasts, first reported an increase in millions of members after the lockdowns began and then after the Queen’s Gambit show was released. The number of Chess.com app downloads has skyrocketed, and the app hit the top 5.  In the same month! Another example is the online chess server Lichess, which doubled the number of standard chess games after the buzz caused by the Queen’s Gambit.

Furthermore, the chess streaming platforms reaped the benefits of the ‘The Queen’s Gambit’ popularity, as their tournaments went viral upon its release.

The new normal completely changed the entertainment industry, as the majority of events went online.

Anna Rudolf and Levy Rozman are just some of the grandmasters whose streamings recorded surprising growth after the lockdowns started. Over 70,000 viewers (more than can fit in an average baseball stadium!) watched Chess.com’s Speed Chess Championship semi-final (Magnus Carlsen vs. Maxime Vachier-Lagrave). .

Streamings like these can be very educational as well. Nakamura, the tournament winner, commented on the game in a live chat with the viewers. That was a great opportunity, especially for beginners, to learn some tricks, new moves, etc.

You see, Netflix hasn’t only struck gold with “The Queen’s Gambit”, it has completely disrupted the chess world!

A Grandmaster Made a Perfect Move

For those of you who don’t remember, Kasparov became the youngest world chess champion back in 1985.

He was also involved in “The Queen’s Gambit” by sharing his expertise to make the chess games look real and professional.

Right in the middle of the chess and mobile games hype, the grandmaster launched his chess-platform Kasparovchess!

Yes, the timing is great, but the initial idea dates back to four years ago when Kasparov was invited to take part in the MasterClass (online classes by famous mentors). Kasparov explained that he wasn’t pleased with the fact that he had to downplay concepts and stick to a specific structure, as stated in TechCrunch.

The goal of Kasparovchess is to become a platform where chess legends will share tips & tricks with players, no matter their level. A place where chess enthusiasts can play, have fun, learn and develop their skills.

The platform, proudly developed by the team at OSM, includes a great choice of podcasts, useful articles, interviews, videos, puzzle games, live streams, lessons from grandmasters, and other educational content.

Leak: Over 1,000 videos have already been recorded!

Moreover, Kasparovchess has a dedicated Discord server where users can report bugs, suggest improvements, new features, challenge other players for a game of chess puzzles, and more.

Fun fact: Pierre Bezoukhov, a central fictional character and the main protagonist of the novel War and Peace, represents the Kasparovchess team.

The MasterClass Kasparov held a few years ago has a specific monetization method. As TechCrunch explains: Within the same month, a user could go from a Kasparovchess class to general pontifications from RuPaul on self expression. The more classes that MasterClass can get you to take, the longer you’ll keep your subscription.

As for Kasparovchess, the platform has a monthly or yearly subscription of $13.99 or $119.99. Premium subscriptions can enjoy a database of over 50,000 manually created puzzles, perfect for training and developing skills.

Of course, there are other competitors out there. For example, chess.com is an already established chess platform that users have enjoyed since 2005. Still, their team has already recognized the benefits Kasparovchees offers and supported the platform launch.

One thing that makes Kasparovchess unique is its focus on the community. Garry Kasparov seized the importance of making remote education more accessible and interactive.

“It’s time to actually switch from what we’re teaching to how students can apply it,” he said. “And that helps us indirectly because chess has been recognized for centuries as a nexus for intelligence and creativity.”

An Awesome Platform Developed by an Awesome Team

We assemble our services to perfectly fit your needs. We like to highlight this when working on client projects. Our team isn’t just an outsourced development team, it’s also  a business partner fully dedicated to your project. The team isn’t afraid to get out of the comfort zone, to share ideas, and criticize those that come from the clients themselves. Of course, all in order to make top-notch project deliverables.

Kasparovchess is a perfect example of how we managed to coordinate our small team with a media conglomerate Vivendi and all many other (much bigger) teams involved in the project.

The task list was long, but we managed to complete every single detail, suggest even more features and solutions even though those suggestions just made our job harder. ?

The team working on Kasparov’s platform has years of experience with similar projects, but of course, working on something this big was certainly a huge challenge.

The past two years spent developing Kasparovchess were a fusion of excitement, challenges, learning…and fun!

Can agile and project management coexist? Kasparovchess is a good example of how we combined strategy, roadmaps, and strict deadlines and stayed flexible at the same time.

We are excited to see how Kasparovchess will elevate the world of chess!

We are showing the world that there is so much more to chess than strategy and tactics. – Garry Kasparov